Don’t Make These Mistakes When On the Tennis Court! 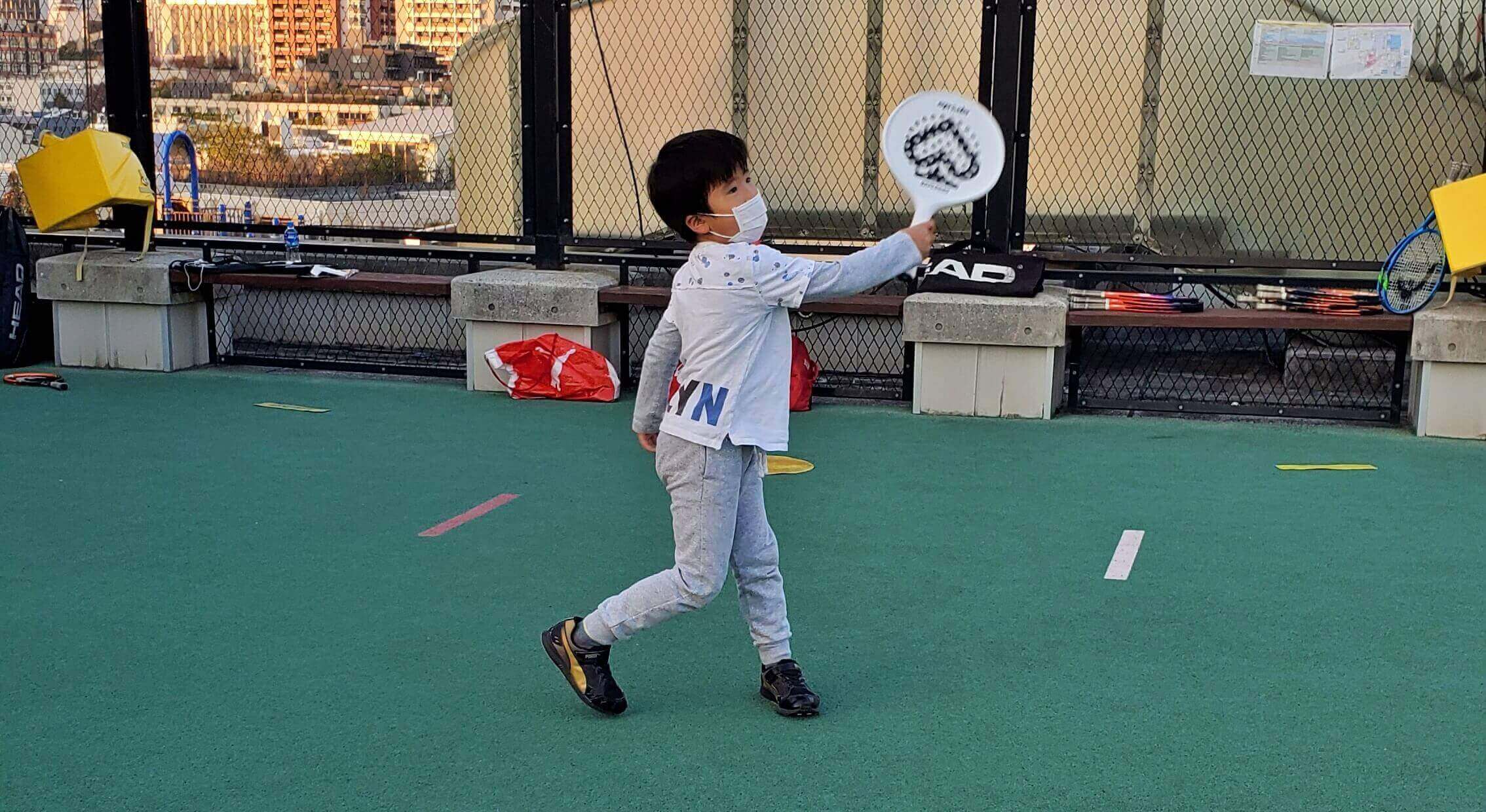 There are two problems with tennis that can be alleviated with Spec Tennis. Number one is the way that most people learn and are taught tennis, in my opinion, is wrong. It’s kind of a backwards approach. We often learn how to hit a topspin forehand and play like the pros before we even have the control to be able to block the ball over the net and rally. And the reason that I think this is wrong is because it doesn’t allow people to actually play the sport. We spend so much focus on hitting the ball, but the most fun part of tennis is actually being able to play.

And so a lot of people that play tennis, they don’t get the full experience. They don’t understand why it’s fun. They don’t understand why people love it. And it’s because they’ve never reached that level of being able to actually play it. So I think the focus really needs to be on getting people that playing experience as soon as possible. And there’s ways that this can be done.

The best way I think is teaching people the most basic swings. And so this is not going to resemble a topspin forehand right away, it’s teaching them how to swing with more of a block, a half swing with their strings or their paddle open. And just controlling the ball from a short distance across the net.

Once they can do this, they can start progressing back towards the baseline. They’re developing control all along the way. And they can start actually rallying and playing against their peer. Peer play is really important, because it’s one thing to be able to rally with the tennis coach, but the tennis coach can make up for your mistakes. If you don’t hit the ball to the right place or you don’t hit it the right way, they can still get it back. But it’s not going to be the same case with your peers if they’re at the same level. So it’s really important that you’re able to rally with your peers. And the fastest way to be able to do that is to not swing like the pros, but instead hit a very basic block shot on both sides.

Think about going to the doctor. Do you ever go to the doctor and they just automatically prescribe you a medicine without asking any questions or doing any tests? Probably not. That’s probably illegal as well. So you go to the doctor, they ask some questions, what are your symptoms? How are you feeling? Is this affected? And they maybe run some tests, and then after that they’ll prescribe you something. Tennis needs to be the same way. For example, why do I need to learn this topspin forehand right now? What benefit is this giving me in terms of playing an actual tennis match right now?

So to answer that question, well, maybe I don’t need to learn it right now, because I haven’t developed control yet. First I need to learn how to just make the ball over the net. And once I can do that 10 times in a row or 20 times in a row from a very close distance to the net, then I can start moving back from the net. Then I can start trying to hit better kinds of shots, but let me just start with this simple progression, first, of just being able to make the ball over the net with the smallest amount of swing possible. If we take that doctor approach, then we get more people actually being able to experience what playing tennis is like.Because playing tennis is about rallying with another person or rallying with another person with the goal of winning.

It depends on whether you’re just trying to have fun or whether you’re trying to win.After a player is able to rally, us as tennis coaches can examine their game and say, “well, you’re able to rally, but you’re losing your matches because of X, Y or Z. Now we need to work on your specific technique to try to make that better. And then now maybe we need to develop topspin because the level of your opponent has increased and they’re no longer missing when you just make four balls over the net.” So there’s a reason for the solution instead of just having the solution from the beginning.

If we approach tennis in this way, more people are excited about playing tennis. It makes it a lot more attractive in relation to other sports. Because right now it’s at a real disadvantage, when you compare it to other sports that are not as technique oriented. A lot of people think that if they’re going to get into tennis, they’re going to have to spend thousands of dollars on lessons because it’s so difficult. But a lot of people also do not know about this mindset or learning and teaching style of just starting very simple and building off of that. We don’t need to hit like the pros when it’s our first day on the tennis court. And we’re actually going to have a lot more fun if we don’t try to do that.

So imagine for a second, you take a tennis lesson and the coach asks you to practice your overhead on your own because that’s what you worked on in the lesson that day. You go out and you try to practice an overhead with your friend or with your spouse or with your kid. You ask them to hit a lob so that you can hit an overhead. The problem is they don’t have the control to be able to lob to the right spot, so you’re never getting the overhead. Or maybe their lob is too good. Maybe you can’t even get to it because it’s too deep in the court. Or maybe they can lob you, but the moment that you hit the overhead back that rally ends.

The problem with this is that this player did not really practice their overhead before the next lesson. Once a week is not really enough time to improve something fast it needs to be repeated.That’s why tennis improvement happens pretty slowly for many players.

Alleviate the Problems with Spec Tennis

Now with Spec Tennis, every tennis skill is a lot easier to learn because of the smaller parameters. You have the smaller paddle on the smaller court with that slower ball. And so I’ll tell you a quick story. I started a tennis lesson a few months ago with two women. And I took a little bit different approach this time. I said, “I’m going to give you each a Spec Tennis paddle. I’m going to introduce tennis with Spec Tennis so that you have success right away and can build confidence and are having a lot of fun. You’re on the fastest path to rallying. And then after the lesson’s over, you have to take the Spec Tennis paddle with you, and you’re expected to practice on your own with each other.”

We started going through this process where they brought the paddle to every lesson. They took it home with them, and then they would practice on their own with each other. In the lessons, we combined both Spec Tennis and tennis using Spec Tennis as a progression into every new skill.

For example, if I’m having them work on one person’s hitting cross-court, the other person’s hitting down the line and they’re doing it with tennis and the ball is flying all over the place, eventually they’re going to say “Alright, why don’t we just hit it to each other? Let’s just hit a lot of balls in the court.” Whereas if they do it with Spec Tennis, they’re going to have that success that motivates them to keep practicing. So then by the next week of the lesson, regardless of whether we’re using a tennis racquet or a Spec Tennis paddle, they’re better at that skill already.

Can you see how powerful this is? It can really get players practicing the skills that they should be focused on and also give them that feeling like “Wow! I’m really improving a lot” Because a lot of the times, as a tennis coach, you feel like you’ve just given a really good lesson, but then you’re back to having to revisit that same thing the next week, because they haven’t improved by practicing on their own since the last week.

The other thing is that you can practice at home. So you can’t really practice tennis at home. And people sometimes I talked to and they say, “Oh yeah, we can hit the tennis ball in the driveway,” but can you really? I don’t think you can, unless you have 80 feet of space in your driveway. It’s hard to actually have fun rallying with a full-sized tennis racket with a tennis ball. But with Spec Tennis paddles and the ball, you actually can, you don’t need that much space. Even if you have 15, 20 feet of space, you can have a lot of fun playing Spec Tennis in the driveway or in the street.

So think about the power of this. One of your players has to drive 20 minutes to get to the tennis club or get to the tennis court. But now you’ve unlocked the power of allowing them to do a little bit of practice at home in addition. All they have to do is walk outside and now they can hit 20 minutes of volleys with their sibling, or they can try to have a rally of 40 balls in a row. This is so powerful and it’s really going to help players improve a lot faster and also have more passion for the sport in general. Because the more accessible these skills are to players, the more they’re going to want to play, the more fun they’re having with the sport.

To recap, using a progression model when learning/ teaching tennis produces better results, is more fun, and will actually get players to a higher level long-term.

I like to think of it as ‘just-in-time’ learning, and think that you should learn the shots & techniques that will serve you best at your current skill level, rather than trying to hit every ball like the pros do. This is tied into practicing too. If you learn simplified swings, you’re also going to be able to effectively practice them with a partner of your level, especially if you practice with Spec Tennis. Remember why you started playing Spec Tennis or tennis, one of the reasons was probably ‘to have fun’, and if you follow these tips, you’ll definitely have more fun. Or maybe you started playing so that you can compete and ‘win’—well these tips will also help you win more often.